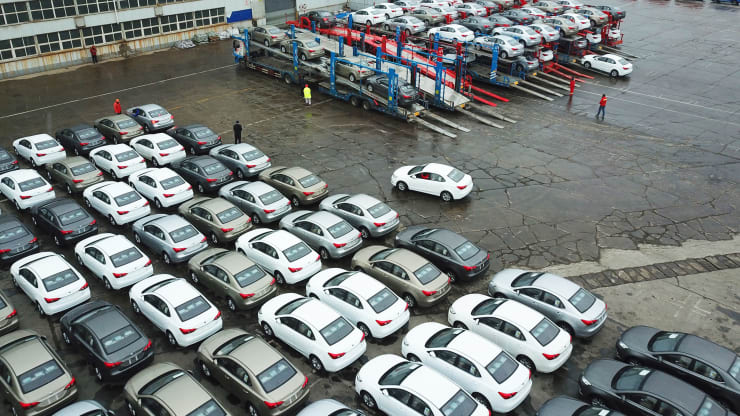 Automakers are scrambling to find parts and prevent shortages in their supply chains as the spread of the coronavirus rattles markets and threatens to roil manufacturing processes globally.

General Motors identified a potential parts shortage and airlifted supplies for its North American truck production, according to United Auto Workers officials. A company spokesman declined to comment on specifics, but confirmed the plants producing the vehicles are operating normally. Fiat Chrysler has said it is seeking alternative suppliers. Others like Toyota Motor and auto suppliers Dana and Aptiv have established teams, task forces and war rooms to closely monitor the COVID-19 epidemic.

“Everyone right now is working hard and scrambling to figure out optionality and assessing the risk on which parts are at highest risk,” said Razat Gaurav, CEO of supply chain analytics firm Llamasoft.

Moody’s Investor Service cut its global vehicle sales forecast earlier this week to be down 2.5% in 2020 instead of a 0.9% drop due to the coronavirus.

The virus already has taken its toll on automotive stocks. Both GM and Ford Motor shares are down double digits this year, including roughly 12% declines since last week. Even shares of Tesla, which are up 59.7% this year, have fallen 25.9% since Feb. 21.

The World Health Organization declared COVID-19 a global health emergency last month. The virus has spread substantially beyond China and is now confirmed in at least 37 countries. There are more than 85,000 confirmed cases, including at least 2,933 deaths. It also has caused financial markets globally to plummet this week, including the Dow falling more than 12% — its biggest weekly percentage loss since 2008. The S&P 500 declined 11.5% and the Nasdaq dropped 10.5% this week.

‘Working hard and scrambling’
Automotive is a capital intensive industry that attempts to operate without major stockpiles of parts, making it especially vulnerable to the coronavirus’ spread beyond China. One kink in the supply chain can cause widespread disruption and can quickly cost millions or billions in lost production, which is why auto companies are hastily searching to find alternative solutions.

The analytics firm Llamasoft, according to its CEO Gaurav, has received an influx of calls and requests from customers due to the coronavirus. So much so that it established a “war room” of its own at its headquarters in Ann Arbor, Michigan and a “SWOT (Strengths, Weaknesses, Opportunities, and Threats) team.”

Gaurav said about 70% to 80% of the company’s clients have been impacted from the coronavirus. The company’s clients, according to its website, include the Detroit automakers, Toyota, Boeing and Walmart as well as hundreds of others.

Nearly every major automaker and supplier has confirmed they’re closely monitoring the situation, while others are going to more drastic measures.

Non-China operations impacted
The first production plants outside of China to be impacted by parts shortages were in Japan and South Korea. That meant operations for Nissan Motor, Hyundai Motor, Kia Motors and GM had to temporarily shut down. The problem has since grown to Europe and poses eventual problems for North America.

“Based on our industry conversations, we sense growing concern about impact on (North American and European) production, as downtime announcements in these regions from parts shortfalls are likely to represent one of the larger risks to the group over the coming weeks,” RBC Capital Markets analyst Joseph Spak wrote in a Friday investor note on potential production stoppages. 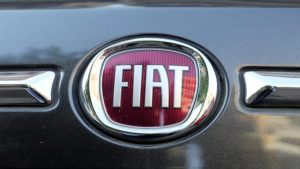 Fiat Chrysler on Thursday confirmed it had obtained permission from Italian officials to retrieve parts from a supplier in northern Italy that threatened the company’s van production at a jointly-owned plant with PSA Group. The supplier plant, as first reported by Automotive News, was locked down following the country’s coronavirus outbreak.

The Italian-American automaker earlier this month had to halt operations at a factory in Serbia due to a lack of parts from China because of the coronavirus.

“Several teams of subject matter experts are monitoring and watching the situation,” said Fiat Chrysler spokesman Mike Palese. “We have our smartest people trying to work through the issues.”

Toyota said Wednesday that operations at its plants in Japan may be affected by supply chain issues. The company is continuing to monitor the situation and Toyota officials in the U.S. are meeting at least three times a week to analyze the situation in North America, according to spokesman Eric Booth.

United Auto Workers leaders in Flint, Michigan, warned of potential parts shortages at their plant and others due to the coronavirus. A social media post, which was taken down, reportedly said the parts shortage, including decal applications, could begin as early as this month with wider impact occurring if the issues continue into March. It also said the company worked with government officials to air freight some parts.

“Everybody’s having similar issues,” said Dan Hearsch, a managing director for the auto and industrial at consulting firm AlixPartners. “The fear is that it could come pretty much anywhere at this point.”

LEAVE A REPLYYour email address will not be published. Required fields are marked *Your Name Cancel reply

​The MLC Group introduces candidates who are passionate about their job, their career. This passion sets them apart from others and ensures our clients hire only stand-out candidates.